How is radar increasing its influence in autonomous fleet sensing?

Paul Moore spoke to Dr Christian Riedel, Head of Mining Automation at indurad on how radar is increasing its influence in autonomous fleet sensing

Q How has radar use in mining changed from initial deployment in autonomous machines?

A Legacy automation systems for mining applications rely, among other perception sensors, on automotive-spec radars for medium and long distance CAS in a limited field of view per sensor. The sensors are merely protected in a more ruggedised housing. However, the sensors themselves and signal processing are conventional. Today, the automation system’s perception is based on indurad’s unique 360° radar technology scanning with up to 50 revolutions per second. indurad’s radar technology is designed for the harsh mining environment and does not compromise on point cloud imaging, unlike low-cost automotive radar sensors that rely on inaccurate digital beam forming, patch antennas and integrated MMIC chipsets. It scans the machine’s surroundings with high accuracy (sub-millimeter ranging accuracy) while being largely unaffected by environmental influences such as dust, rain, fog, or snow. Radar is the only technology that maintains its high OEE in even the harshest mining environments.

A Mining and tunnelling applications are characterised by extreme environmental conditions such as dust, mud, water, rain, fog and snow. Furthermore, machinery and thus its sensor technology must endure a

wide temperature ranges from -40° to +60°C at different sites. Additionally, mobile machines such as trucks and loaders components must withstand high acceleration in multiple axes. In some applications corrosive water poses another challenge to sensors. Radar is by far the most suitable technology for harsh environments due to its favorable wavelength compared to optical systems such as LiDAR or cameras. indurad’s high-precision scanning dynamic radars are specifically designed for high vibrations for a great variety of industrial applications.

Q Can radar handle mining applications on its own?

Please visit International Mining to read the article or download it now. 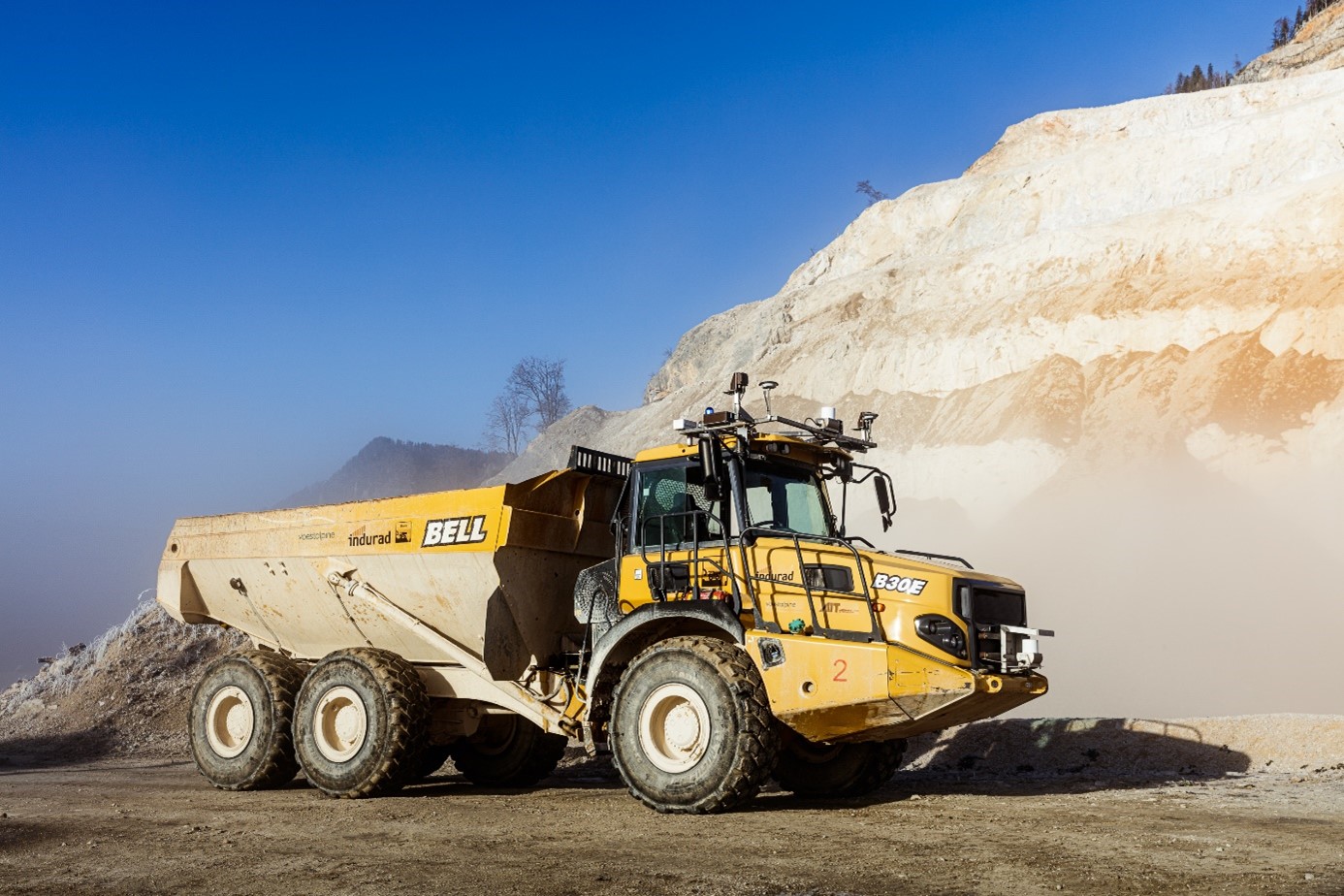 DownloadiTruck article in the International Mining

Would you like to implement the latest automation solutions for your transport or process chain, but you have areas that are classified as hazardous according to explosion protection regulations?

We look forward to welcoming everyone to Booth 817 for some great networking, exchange of ideas and a discussion on how to best remove bottlenecks from pit to port. Our robust, radar-based solutions reduce risk, improve yield, and facilitate automation in very harsh environments...